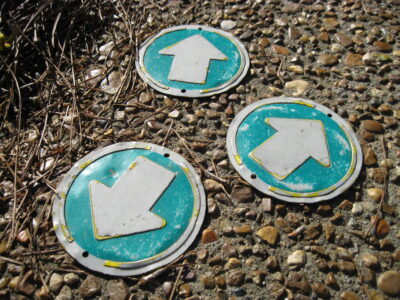 Regular readers of my blog know that I like thinking about how to teach people to play board games and how to teach people through board games. The former topic is really only interesting if you like playing board games, but the latter topic has potential use across educational contexts. There’s an upcoming game now in crowdfunding called Daybreak, a cooperative game about stopping climate change, that got me thinking about one aspect of teaching through games: agency. 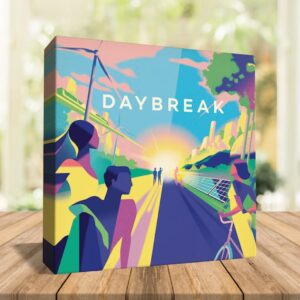 Daybreak is designed by Matt Leacock, the designer of the hit game Pandemic, and Matteo Menapace, a game designer who calls himself a “playful workshop facilitator.” In the game, players work together to “decarbonize the world” using a variety of game mechanics that represent thematically real-world strategies and challenges for combating climate change. The game looks amazing (and has endorsements from some of my favorite game designers, including Phil “Sushi Go” Walker-Harding and Elizabeth “Wingspan” Hargrave), but it was Leacock and Menapace’s recent design diary that got me thinking about agency in games and the role it plays in learning.

In their design diary, Leacock and Menapace identify several goals for Daybreak. For one, they wanted it to be a game that would “explore systemic, high-impact solutions to the climate crisis.” Games, particularly analog games, can be very useful at helping players understand complex systems and how they work. See my post about the healthcare policy game RePlay Health for an example of this. The impact of human activity on the climate is certainly a complex system, and, given my experience playing Leacock’s game Pandemic, I can imagine him designing a game that would help players understand that system.

Another goal the Daybreak designers had was to create a “realistic, but not ‘educational'” game. That is, they wanted the mechanics and thematic elements of the game to represent actual elements of the climate crisis, but they didn’t want the game to come off as too didactic or preachy. “We wanted to design a game,” they write, “where players make meaningful choices, instead of one that preaches the ‘right’ ones.” From my Leading Lines interview with Patrick Rael on teaching history with board games, I learned that board games are necessarily counterfactual, in that they don’t have prescribed outcomes (like, say, a jigsaw puzzle does) and thus help players explore “what if” scenarios. And the more a game is based on actual data and events, the more it helps players think counterfactually about those data and events as they play the game. I can imagine Daybreak using this to help players understand the potential impacts of various climate change mitigation strategies.

A third goal for Daybreak is to leave players feeling empowered. The designers write, “You’ve learned that reversing global warming is an incredibly hard challenge, but that it’s possible, and you’re inspired to choose leaders who will take decisive action on it.” My Vanderbilt colleague Joe Bandy teaches regularly about environmental issues, and I’ve heard him say many times that students can feel overwhelmed and hopeless when they learn about the challenges of climate change. He has to be intentional about his teaching choices to educate them while also attending to their emotional states and point them toward empowerment. I’m glad that the Daybreak designers see this as important, too. Without that sense of empowerment, it’s hard to use a learning experience like this to motivate change.

And that brings me to agency. When I interviewed game designer Max Seidman for Leading Lines back in 2018, one of his pieces of advice for educators thinking about teaching with games was to pay attention to the kind of agency that the game fosters in its players. Some of Seidman’s games, like Buffalo and Awkward Moment, aim to help players rethink their own biases, particularly around gender in the sciences and engineering. “It’s good for people to feel agency over their own biases,” Seidman said in the interview. “The way you’re biased is first you learn you have it and then you put up a filter to think before you speak. That slowly trains yourself to never use that bias.” He contrasted that with a study (Roussos and Dovidio, 2016) that showed playing the poverty simulation game Spent can actually lower players’ empathy for those in poverty. By playing Spent, “You feel like you have agency over poverty. You feel like people who are in poverty just needs to pull themselves up by their bootstraps. Think about what you’re making the players feel agency over.”

What kind of agency do we normal humans have about an existential challenge as complex as climate change? Not much as individuals, but quite a lot collectively. That’s why I’m excited to see Daybreak as a cooperative game and as one that might help players understand the challenge and, as the designers write, be inspired to choose leaders who will make wise decisions. Needless to say, I backed the game on its crowdfunding site, and I look forward to playing it when it arrives next year!