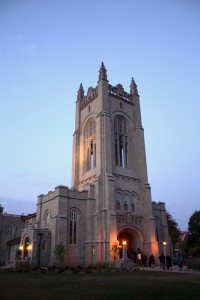 I really enjoyed participating in the Visual Learning Conference hosted by Carleton College last weekend. The conference was small, with only about 150 participants, but those participants came from over 36 different disciplines, making for a rich set of interactions throughout the weekend. Other than a workshop I led Saturday morning, I didn’t have any obligations at the conference, which meant I could spend most of my time there learning from these interesting colleagues. I’ll share some highlights from the conference in my next couple of blog posts.

Scott McCloud, author of Understanding Comics and Zot!, provided the opening keynote in the Skinner Memorial Chapel (seen to the right), and it might just have been the best conference keynote I’ve ever attended. I read Understanding Comics shortly after it came out, almost twenty years ago, and I’ve been following McCloud’s work off and on ever since, so I was familiar with many of the ideas he discussed in his talk. But it was a real treat to see him share these ideas in person, putting into words and pictures so many of the dynamics I find fascinating about visual thinking–in comics and as well as other media.

McCloud’s presentation took full advantage of the idea of dual coding, with his narrative and his slides complementing each other in very effective ways. He spoke for just over an hour, then took questions for another half hour or so. I could have sat and listened for far longer than that. I’ve included my sketchnotes of his keynote below, but they hardly do it justice. If you have the chance to see Scott McCloud in person, take it.

(Update: Dickinson College professor of classical languages Chris Francese blogged about McCloud’s keynote. His post is well worth a read.) 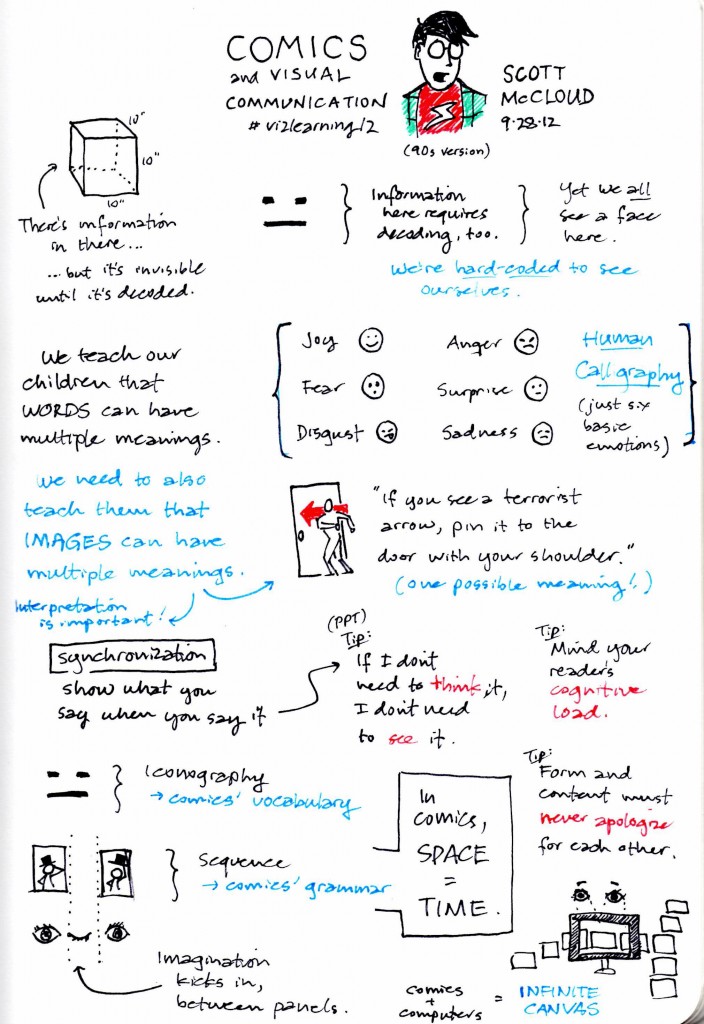 One more note about Scott McCloud: After his keynote, he participated fully in the rest of the conference. That’s not something you see many keynote speakers do, but he was eager to engage with and learn from the other conference participants. 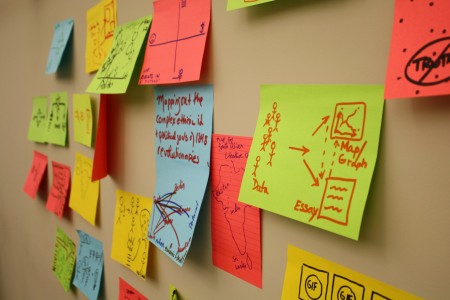 My session Saturday morning went well, except for that moment of panic when I realized Scott McCloud had slipped in the back. (Upside: At that point, the nervousness I felt about all the other people in the room vanished!) I’ve given a few talks on visual thinking in the college classroom before, but those have largely focused on the use of images in presentations, channeling Garr Reynolds’ Presentation Zen as an antidote to death-by-PowerPoint. I figured that the crowd at the Carleton Conference would be familiar with that aspect of visual thinking, so I focused on what I called “visual engagement techniques.”

I drew on How Learning Works by Susan Ambrose and colleagues to make the argument that experts have complex and useful “knowledge organizations,” or mental models of their domains of expertise. Novices (students) lack these sophisticated models, but visual tools such as data visualization, concept maps, flowcharts, and timelines provide a means to help novices express and refine their knowledge organizations. See my Prezi for examples.

I guessed (correctly) that the participants at the Carleton conference would be game for a fairly interactive session. Below you’ll find the fruits of one of the activities I included in my session, one in which participants explored reasons to use both analog and digital tools to facilitate visual engagement techniques. I asked each small group to generate such reasons, write them on large Post-it notes, and organize those notes visually in some way that made sense. This activity worked on two levels: It gave participants a chance to explore the digital vs. analog discussion I’ve mentioned here before, and it provided an opportunity to practice identifying visual organizational tools that best fit a particular set of ideas.

As you look at the photos below, you should know that red notes feature reasons to use analog tools while yellow notes feature reasons to use digital tools. Also, as I mentioned in my talk, the products of visual engagement techniques are most useful to those who helped create those products. You may not follow everything you see in the photos below, but hopefully they’ll give you a sense of the conversations we had. Click on any image to see a larger version. 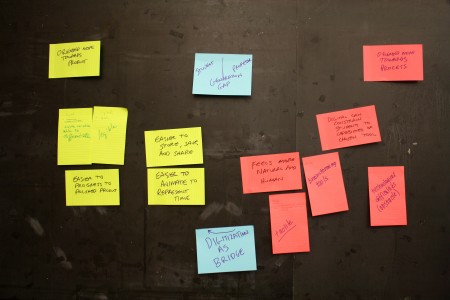 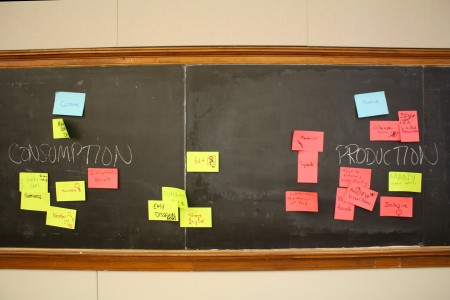 This group (above) found that most of the reasons they identified for using analog techniques were on the production side (creating visualizations), whereas digital tools supported consumption (capturing, sharing) of visualizations. These ideas were echoed in some of the other groups, too. Analog and digital aren’t mutually exclusive, of course. Witness my digital photos of the results of this analog small group activity. 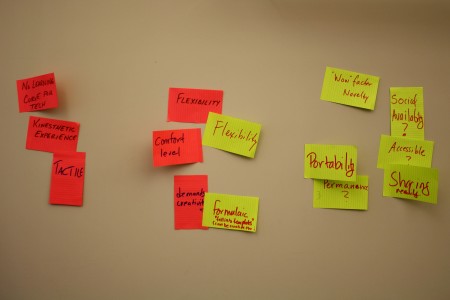 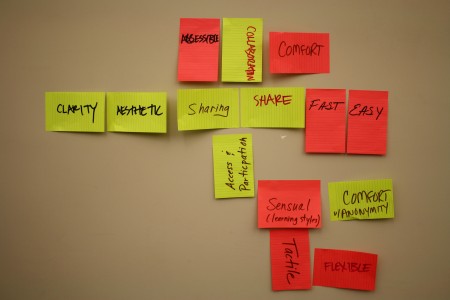 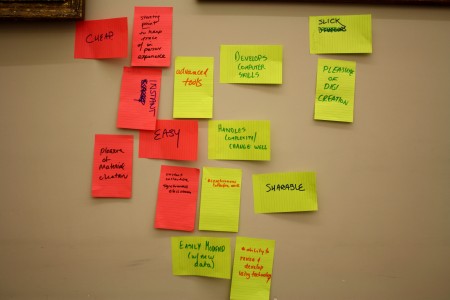 At the end of my session, I asked participants to complete “visual minute papers” in which they doodled their ideas for using visual engagement techniques in their own teaching. If I get a chance, I’ll blog about some of these ideas, but for now I’ll just share this photo of the collection of visual minute papers. Again, click on the image to see a larger version. 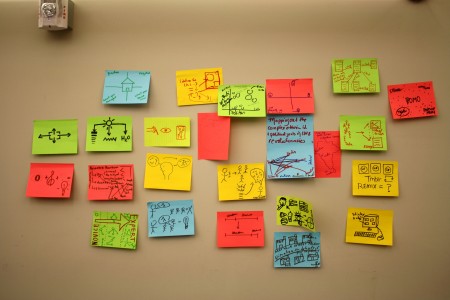 As I mentioned above, once my session was over Saturday morning, I was able to relax and enjoy the other conference sessions. I’ll share some highlights from those sessions in my next blog post.