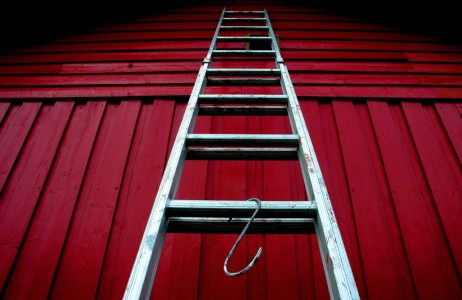 Last week while visiting Elon University, I had the opportunity to participate in a number of interesting conversations about the role of writing in the teaching of mathematics. This is a topic I’ve been thinking about since my first-year writing seminar on cryptography was approved. I learned a few lessons about the teaching of writing that semester, and I drew on those lessons, as well as my colleague Patrick Bahls’ fantastic new book, Student Writing in the Quantitative Disciplines, during my conversations at Elon. I’ll share a few thoughts on the teaching of writing in math courses in a future blog post. For now, I would like to focus on the nature of mathematical writing.

When considering the role of writing in mathematics, a natural first inclination is to think about the writing of proofs. This is the kind of writing in which research mathematicians engage: carefully constructed chains of logical reasoning in which new theorems are shown to be true based on existing axioms and theorems. A proof is a kind of argument, but proof writing is not like the kind of argumentative writing used in other disciplines. Mathematicians, unlike those in the humanities and social sciences and even natural sciences, don’t support their arguments with evidence or data; they use if-then statements and other forms of logical reasoning. There are no other points of view to consider, nor is there need for statistical significance. A sound proof leaves no room for doubt about the veracity of its theorem.

As I thought about these two types of mathematical writing, I realized that they have something in common with other (non-mathematical) kinds of writing. To write mathematics well, one must know one’s audience. This is perhaps more obvious with expository writing, in which the goal is to help a “lay” audience understand fairly arcane mathematical results. To do this well, one has to know the mathematical background of one’s reader and to provide a sort of scaffolding built on that mathematical background that assists the reader in following the arguments one wants to make. (This is not unlike the kind of scaffolding that effective teaching provides to novices in a domain.)

Audience is important in the writing of proofs, too, although it’s harder to see that importance. Research mathematicians write to their peers, who are assumed to be equally versed in the mathematical content of a paper as the writer is. Imagine the mathematical ideas required to understand a particular proof as a ladder, one idea on top of another. A freshman calculus student might be on the lower rungs of this ladder, a math major a little higher up, a math grad student higher still, and colleagues in one’s sub-field of mathematics just a rung or two from the top. When research mathematicians write papers, they usually don’t try to provide any scaffolding to help the reader along since their audience is assumed to be only one or two rungs away. This means, as any grad student can attest, a research paper can be very hard to understand for those not at the top of the ladder.

In expository writing, there is an intentional choice to write for an audience well down the ladder of mathematical ideas. In the writing of proofs, there’s also a choice as to which audience to write for. Mathematicians could write papers that, say, grad students find easier to read and understand, but they don’t, and I don’t think they’re generally very intentional about this choice. Mathematicians place a high value on writing that is precise and concise, and writing that is aimed at those further down the latter is seen to lack those qualities. To be fair, mathematicians also value what they call elegance in the writing of proofs, which is a somewhat nebulous combination of cleverness and clarity. Truly elegant proofs often make sense to readers at many different rungs on the latter.

What implications does all of this have for the teaching of writing in mathematics? Teaching math students to write well involves teaching them to explain their mathematical ideas in ways their audience can understand, and that requires students to make intentional choices about their target audience. It’s important to put these two elements, choice of audience and the use of appropriate explanations (scaffolding) for that audience, front and center in the teaching of writing in math. Perhaps the ladder metaphor is one that would help students understand these key “moves” in mathematical writing.

Image: “my view for the next week,” Atle Brunvoll, Flickr (CC)