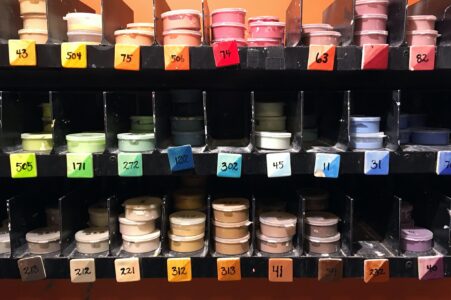 This morning, I was listening to the new Tea for Teaching podcast about The Secret Syllabus, a new book by Jay Phelan and Terry Burnham, and I reflected on my own freshman year course selections. I thought I wanted to major in math and computer science so I took courses in those subjects right away, instead of taking a bunch of general education courses. I quickly learned that I really liked math and CS, which made it easy for me to declare those as majors in my first year. Most students at my undergraduate institution didn’t declare majors until sophomore year.

Looking back, this turned out to be a good strategic move on my part. Instead of “getting my general ed courses out of the way,” as I’ve heard my own students say, I confirmed in my first semester that my intended majors were good choices for me. Had I taken those math and CS courses and not enjoyed them, I would have known to start looking for other majors sooner. One downstream benefit was that I ended up taking a couple of gen ed courses my senior year. These courses were really designed for first-years, which made them a breeze for me and my senior year study skills. And that made it easier to enjoy and learn from those courses.

This strategy also meant my senior year wasn’t entirely upper-level major courses, which is consistent with the advice math professor Jessie Oehrlein was given: “I got advice to spread out gen eds so that senior year wasn’t entirely upper-level major courses. I didn’t quite follow that (it wasn’t as applicable in the context I was in), but the underlying idea of engaging with different kinds of ideas/work was one I tried to stick to.” David Clark, also a math faculty member, agreed: “I got similar advice, and I always pass it along to my advisees. It’s really important to have different ‘textures’ of work within a semester.”

The authors of The Secret Syllabus suggested a different strategy in their Tea for Teaching interview. They recommend students start their college experience with an open mind when it comes to majors and to sample a lot of different possibilities their first year, using those general ed courses to do so. That’s the kind of advice I hear a lot, and it’s not bad. For instance, here’s my colleague Keegan Osinski via Twitter: “I had a required bible class and was like damn this is fun I’m gonna change my major lmao.” That’s someone who benefitted from first-year exploration of disciplines.

I guess that strategy and my strategy aren’t incompatible. If you think you know what you want to major in, take some classes in that department early on. Meanwhile, take some classes in disciplines you don’t know well, maybe because those disciplines weren’t offered in your high school. Hopefully by the end of your first year, you’ll have a better sense of what you really want to do with your college career. I do wonder, however, if there are others out there who had something like my experience, where they invested early on in their likely major and that paid off.