Update: Here’s an archive of the “Rock the Monkey” webinar, featuring visual notes by the one-and-only Peter Durand!

Next week (Tuesday at 4pm Central), I’ll be speaking with Peter Durand, head of Alphachimp Learning Systems, about MOOCs and related topics as part of Alphachimp’s “Rock the Monkey” webinar series. Here’s Peter with a preview:

Alphachimp specializes in visual scribing, facilitation, and problem-solving, in both face-to-face and online settings. Peter and his team scribed the symposium on the future of teaching that the Vanderbilt Center for Teaching hosted back in 2011, after having pretty much introduced me to the power of visual thinking. Peter is my sketchnote inspiration, too!

The “Rock the Monkey” series explores the intersection of cognitive science and visual facilitation. Check out past webinars as well as Alphachimp’s blog for lots of great videos on learning. Peter asked me to join next week’s webinar to talk about massive open online courses (MOOCs) and the “DIY U” movement. I’m really looking forward to the conversation, in part because Peter will be taking visual notes live during the webinar, and it’s always great seeing Peter in action. 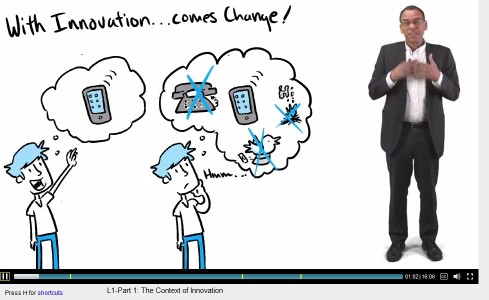 I can see visual facilitators and scribes playing important roles in face-to-face and online “meetups” associated with online courses, too. Imagine adding a strong visual element to one of the webcasts that the University of Pennsylvania’s ModPo (Modern Poetry) course hosts.

Tuesday’s webinar is free, so if you’re interested in the intersection of online learning and visual learning, sign up!