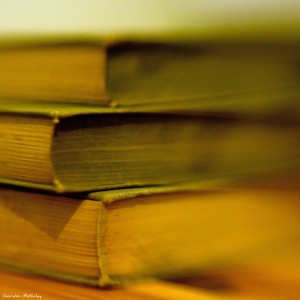 Recently a colleague of mine asked me for some recommended readings on the topic of social pedagogies, and I thought I’d share my list here on the blog in case others found it useful.

I first heard the term “social pedagogies” in this white paper authored by Randy Bass and Heidi Elmendorf of Georgetown University. They define social pedagogies as teaching approaches that

engage students with… an ‘authentic audience’ (other than the teacher) where the representation of knowledge for an audience is absolutely central to the construction of knowledge in a course.

They wrote that white paper as part of a grant proposal to the Teagle Foundation.  That proposal was funded and Randy and Heidi have been working with faculty at a dozen institutions, each experimenting with some kind of social pedagogy.  My understanding is that those experiments have concluded and Randy’s working on a summary report of the endeavor.

While we’re waiting for that report, I would recommend reading Randy’s recent EDUCAUSE Review article, “Disrupting Ourselves: The Problem of Learning in Higher Education.”  While it’s not explicitly about social pedagogies, Randy mentions a few such pedagogies as possible solutions to the challenges he identifies in the article.

One of the sources cited in the white paper is Henry Jenkins’ Confronting the Challenge of Participatory Culture: Media Education for the 21st Century.  I spent a couple of years talking about “participatory culture” in my workshops thanks to this article, before Randy Bass gave me the “social pedagogies” framework.  Jenkins’ report is a great read.

Clay Shirky’s recent book, Cognitive Surplus: Creativity and Generosity in a Connected Age, has shaped a lot of my thinking about social pedagogies, particularly the role of motivation in student learning.  You can read my series of blog posts about the book, too.  Shirky cites a 2006 paper by Yochai Benkler and Helen Nissenbaum, “Commons-Based Peer Production and Virtue,” that’s particularly insightful.  While neither Shirky nor Benkler & Nissenbaum write much about education specifically, I think there are many lessons for education in their work.

The above resources informed my Chronicle of Higher Education essay on social pedagogies from late last year, “A Social Network Can Be a Learning Network.”  You might read that, as well as these blog posts describing examples of social pedagogies:

A few more examples can be found in this Prezi of mine.

Finally, it’s worth reading a couple of blog posts on the topic of FERPA, which is often used as a reason *not* to have students use social media.  Chris Clark of the Kaneb Center at the University of Notre Dame wrote a great post on FERPA and social media back in December, and Jim Groom of the University of Mary Washington blogged about FERPA around the same time.  Groom’s post helped me see FERPA in a very different light. He cites a tweet by Mike Caulfield as the source of the following argument.

Mike basically noted that by giving students their own spaces online wherein they control their online identities, decide what they will share and won’t, and take control over the disclosure of their own data we are more FERPA compliant than any other system on campus.

Something to think about, huh?