For most people, sharing and remixing with attribution and no commercial intent is instinctually a-okay. 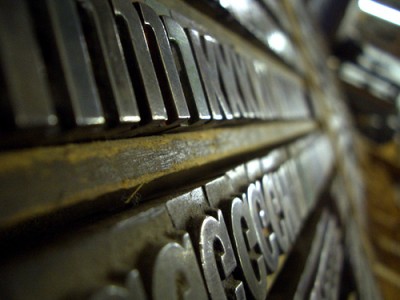 The above quote is from Andy Baio’s recent Waxy.org post, “No Copyright Intended.” Baio notes that there are almost half a million YouTube videos with a “no copyright intended” (or some variation) disclaimer. He points out that these disclaimers probably don’t provide any legal cover for those using them.

Under current copyright law, nearly every cover song on YouTube is technically illegal. Every fan-made music video, every mashup album, every supercut, every fanfic story? Quite probably illegal, though largely untested in court.

The main point of Baio’s post is that for many people, the current legal definition of copyright is either poorly understood or inconsistent with their personal ethics. Baio writes:

No amount of lawsuits or legal threats will change the fact that this behavior is considered normal — I’d wager the vast majority of people under 25 see nothing wrong with non-commercial sharing and remixing, or think it’s legal already.

I found Baio’s post via a tweet by Clive Thompson, and shortly thereafter I had a very stimulating conversation on Twitter with both Thompson and Baio. (You can read the whole thing here on Storify.) This attitude that Baio identifies bothers me, and the Twitter conversation helped me clarify for myself why that’s the case.

Let’s say I’m a fan of a particular creator, maybe a singer-songwriter. I buy the guy’s CD, copy the tracks to my computer, and then, because I like the guy’s work so much, share his best songs online so others can enjoy. I’m not making any money from this, so I put a “no copyright intended” disclaimer up along with the songs. I really like the guy’s songs and I want to share them with friends, so what’s wrong about what I’ve done?

As Baio points out, it’s probably illegal. Assuming the singer-songwriter hasn’t released his work under a Creative Commons license (more on that later), those songs are under copyright. That is, the creator has the exclusive “right” to “copy” the work. Anyone else doing so can get into legal trouble.

But is it unethical? Ah, that’s a tougher question, and it’s the real question embedded in Baio’s post. The law doesn’t answer it for us. Andy Baio argues that for many people (mostly under-25s), what I’ve done wouldn’t be seen as unethical. I’m not pretending to be the creator of this work (as evidenced by the “no copyright intended” disclaimer) and I’m not making any money from what I’ve done. So, no harm, no foul, right?

Well, it’s possible that by posting the singer-songwriter’s tracks online, I’ve hurt his CD sales. That’s the argument that the recording industry has made in the past, although Clive Thompson pointed out on Twitter that the evidence for this argument is inconclusive. Certainly for an artist like Jonathan Coulton, who releases his original songs under a Creative Commons license (BY-NC in his case), letting fans share his work has only led to greater revenue for him, through live shows, merchandise, and, yes, sales of his music.

Why do I see sharing Jonathan Coulton’s work as ethical? It’s not because sharing his work means he makes more money. I like his work (although his latest album was disappointing, but I digress), so I’m happy for him to make more money, but that’s not the key reason. I see sharing Coulton’s work as ethical because he’s given me permission to do so. That’s the beauty of the Creative Commons license. It allows the creator of a work to identify the ways that s/he wants others to share the work or not. I like Coulton’s work, so I want to respect his wishes when it comes to sharing his work.

And that’s what bothers me about the attitude toward copyright that Andy Baio identifies in his post. Sharing a creator’s work because you like it without respecting the creator’s wishes regarding sharing seems, to me, unethical. I agree with Baio that it’s probably the case that most under-25s (and many over-25s) would disagree with me on this, either because they haven’t consider the “creator’s wishes” argument or because they simply disagree with it.

In that sense, I’m not disputing Baio’s claim. Rather, I’m expressing here my own wish that more people would respect the creators of the media they consume enough to find out their wishes when it comes to sharing and respect those wishes. If a creator wants to maintain copyright on their work, that should be fine and that wish should be respected. If a creator wants to allow others to copy it in certain ways, that’s fine, too, and the Creative Commons framework gives creators a way to let their fans know what those fans can do with the work.

I’ll admit I’m affected on this issue by (a) the fact that I’ve written a book that’s probably available online in its entirety for free via some dodgy website and (b) I live in Nashville, Tennessee, “Music City USA,” and I have friends who would like very much to make a living off of their creative endeavors. I don’t know everything there is to know about the copyright landscape, and I’m open to counterarguments to my position. And I think Andy Baio made a good point on Twitter when he drew a distinction between “verbatim copying” and remixing for non-commercial art.

But, on the whole, I’m bothered by the attitude that sharing something with “no copyright intended” without respecting the rights and wishes of creators is somehow “a-okay.”

2 Responses to "Copyright, Sharing, and Ethics"