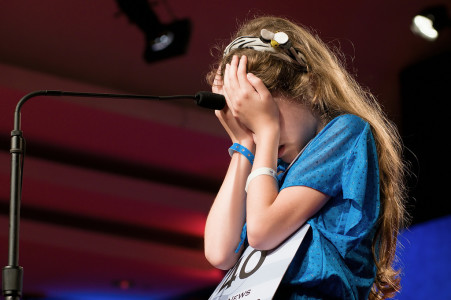 In Chapter 2, Shirky described the means by which people are now able to pool their cognitive surplus for the greater good, focusing on many of the same social media tools described by Chris Anderson in The Long Tail and James Surowiecki in The Wisdom of Crowds. In Chapter 3, Shirky explores the motivations that drive people to contribute to these social initiatives. “Drive” is an apt term here, since Shirky cites some of the same research on motivation cited by Daniel Pink in his book Drive. (I suspect that in Chapter 4, which focuses on opportunity, Shirky will move beyond the theoretical ground covered in these other books. We’ll see!)

First up: Edward Deci’s classic finding that “increasing extrinsic motivations can actually decrease intrinsic ones.” Deci calls this the crowding out effect. The idea is that if you provide external rewards to someone for doing something that they initially like to do, they won’t like to do that thing quite as much when those external rewards are removed.

What implications does the crowding out effect have for teaching? Well, I haven’t read Alfie Kohn’s book Punished by Rewards, but I understand this is something he addresses, arguing that “gold stars” and grades have a detrimental effect on student motivation for learning.

The crowding out effect came up at a recent workshop I attended on teaching first-year students.  A faculty participant mentioned how engaged some students were in a book club she facilitated, while another participant mentioned how unengaged the students were in his class. It seemed that as soon as you move students from an opt-in experience like the book club to a for-credit course (with grades and all), their intrinsic motivation to engage meaningfully with the material and their peers can drop like a rock.

What can be done about this? We could eliminate grades entirely and provide students with narrative evaluations like they do at Evergreen State College in Washington. That’s a pretty radical shift from the current practice, however, and I’m wary of radical shifts in general. Perhaps less of a shift would be to de-emphasize grades as a motivator when possible and try to tap into students’ intrinsic academic interests.

“A study of video games concluded that the principal draw for the players was not graphics and gore but the feelings of control and competence the players could attain as they mastered the game.”

As James Paul Gee notes in his book What Video Games Have to Teach Us About Learning and Literacy, kids and adults will spend hours and hours learning how to play video games. What motivates them to do so? Deci’s research argues that “feelings of control and competence” are a big part of that motivation.

What implications do these motivations have for teaching? One is that students find it motivating when they have a measure of control over their work in a course. I’ve found it helpful to let students select topics for application projects in my courses since they often choose topics of personal or professional interest. I think they find this motivating, and many of the students do superb work on these projects.

Another implication is that it’s important to pitch the work in a course at the right level. If it’s too hard, then students won’t feel competent, which will demotivate them. Likewise, if it’s too easy, then students won’t find it challenging enough to lead to any feelings of competence. Getting the right level of difficulty isn’t easy, but requesting frequent feedback from students (perhaps through mid-semester surveys or monitoring questions) helps.

Shirky points out that there are other, more social motivations that are important to know about. He cites Benkler and Nissenbaum’s work on these motivations, which complements Deci’s work on personal motivations. “They divide motivations into two broad clusters—one around connectedness or membership, and the other around sharing and generosity.”

One example of how these motivations can be powerful that occurred to me: Farmville. Sure, it’s a silly Facebook game where you grow virtual vegetables, but as A. J. Patrick Liszkiewicz writes:

Liszkiewicz notes that people play Farmville in part because it’s a way to be a part of a community (of Farmville players), tapping into their motivation to connect, and in part because one of the central game mechanics is giving gifts to other players, tapping into their motivation to share. (Google apparently thinks there’s something to this, having recently invested over $100 million in the company that makes Farmville.)

What implications for teaching do these social motivations have? Shirky notes that verbal feedback, “when it is genuine… and comes from someone the recipient respects,” taps into the recipient’s motivation to connect. So connect with your students (so that they respect you) and give them praise when they’ve done a good job (so that your praise is genuine). Shirky also notes that recognition of someone’s contributions to a shared cause taps into their sharing motivation. So invite students to contribute in meaningful ways to a shared learning experience and recognize them publicly when they do.

I have a few more thoughts on Chapter 3, but I’ll save them for another blog post. In the meantime, how do you tap into your students’ desires for autonomy, competence, connection, and sharing?

Image: “spellingbee12” by Flickr user wumpiewoo / Creative Commons licensed / Why this image? Because I can’t think of motivation without wondering what motivates spelling bee contestants, especially the ones that make the televised finals!