Ideas and inventions are not concocted inside of a vacuum. They grow from a wide array of preexisting knowledge and ideas already present in the scientific community from public contributions. However, there exists a break in this flow of information; as Singh points out in chapter 6 of The Code Book, government findings are often kept under lock and key. This was certainly the case for the work being done at England’s GCHQ in the 20th century. Researchers Ellis, Cocks and Williamson were working diligently on a solution to the problem of exchanging keys in the cryptographic world, and their findings culminated in a successful solution to their mission in 1973. But, because of the highly classified status of their work at the time, their discovery was unbeknown to the world until it was finally released almost 30 years later.

Meanwhile, without knowledge of the British intelligence, the same problem was being attacked by academics on the American front. On the West Coast, researchers Diffie, Hellman and Merkle theorized a solution to the key exchange problem by implementing asymmetrical ciphers. MIT scholars Rivest, Shamir and Adleman successfully implemented the idea in a working system that we still use today. The RSA encryption algorithm was officially patented in 1979.

So who are the true inventors of public key cryptography? Although the credit goes mainly to the men abbreviated by the letters R, S and A, I would argue that all of the parties deserve recognition. The combined efforts of both the British and American groups resulted in a successful solution to the problem at hand. Their discoveries took place six years apart, but the latter success did so without knowledge of the prior. Rivest, Shamir and Adleman secured a patent enabling them to claim the invention of public key cryptography, copyright laws are simply a social construct, so we cannot ignore the often classified contributions of those working in government.

The Failure of Trust Itself

As I was reading Little Brother, I was intrigued by the points that Cory Doctorow made. Some of his arguments were interesting since Marcus was purely intent that the DHS was terrible. It seemed that the US would turn into chaos from the inside out because of another terrorist attack. We do not actually see the adult side. Without Marcus, the tactics the DHS was using to track down terrorists would have definitely been more efficient. The jailing teenagers’ part was a little extreme, but the other tactics such as following unusual routes could prove to be useful in tracking drug deals and even potential terrorist attacks.

That is not what intrigued me the most. The most interesting part of the book for me came at the beginning of chapter 10. This is where I finally understood how public/private key encryption works. We mentioned it a few times in class, but the beginning of chapter 10 explains the logistics of it. Using only public key encryption is useless because it is not a secret. Anyone on the web will be able to read the messages you encrypt. However, using both a public and private key is a very secure means of communication. The message is encrypted twice, both with a public key and a private key. There is still a very sneaky way of bypassing this. Billy could trick Bob, who is trying to send a message to Jim, into thinking that Billy’s public key is actually Bob’s public key. In this way, Billy can intercept Jim’s messages and become a man in the middle. In order to actually maintain secrecy, one must establish a web of trusts. But even this web of trusts can be infiltrated, as evidenced by the events later in the novel. That is the inherent flaw in the private/public key encryption. It involves around human trust, which can be easily betrayed by anything from money to power. Human trust is what fails here in the situation provided in Cory Doctorow’s novel. 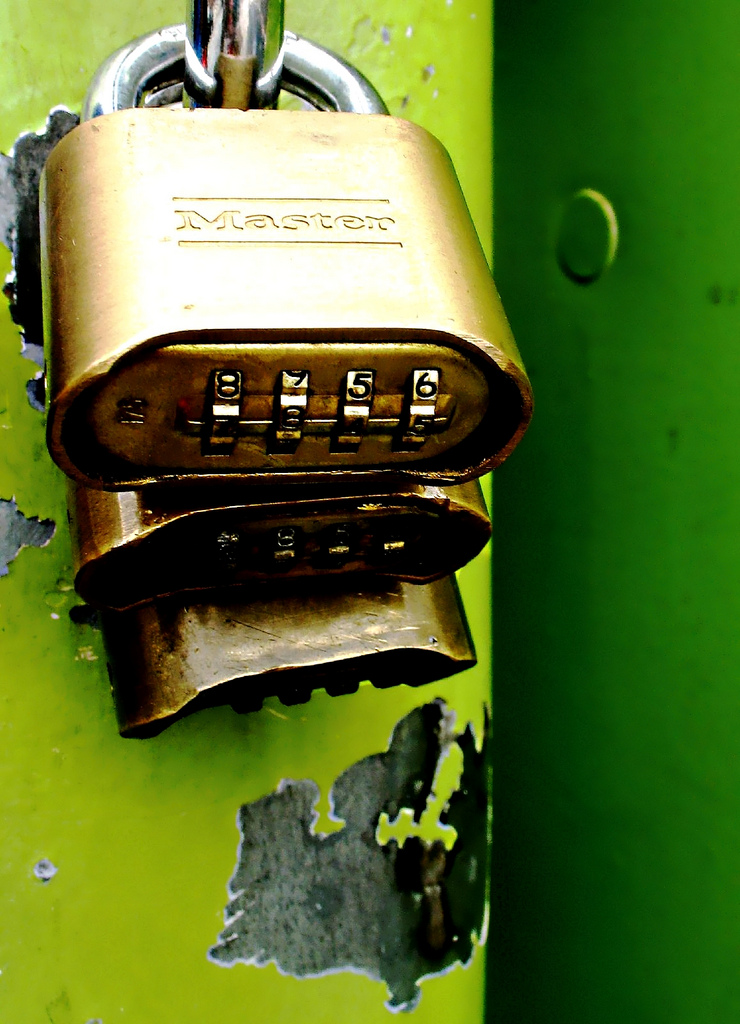 From Letters to Numbers Though Neal Stevenson’s novel Cryptonomicon is fictional, its story of cryptography geniuses Lawrence Waterhouse, Alan Turing and Rudy von Hacklheber during World War II gives a very accurate account of the processes and drama experienced by these experts in their field. World War II fueled one of the greatest transformations in cryptography, and these three men were at the head of the changes. Cipher analysis had always been based off of knowledge of language, pattern recognition and frequency analysis, but Waterhouse, Turing and von Hacklheber shifted the focus away from language analysis and toward mathematical analysis.

In one of the turning points of the novel and cryptography history, Waterhouse discovers non-Enigma messages in the German U-boat U-553 that have stumped his analysts. After further examination, Waterhouse discovers that the code is made of a 32 letter alphabet. This number is significant because it is a power of two, meaning that each letter in the alphabet was first substituted by a number and then by a five character binary sequence. This type of code is called the Baudot code and was used by the Germans on teletype machines. The teletype machines converted 32 characters into five number sequences of 1’s and 0’s. These could then be represented by either holes or no holes on a strip of paper or could be transmitted by wire or radio through changes in electrical voltages to represent the 1 or 0.

By encrypting the Baudot code again through one time pads, the Germans further increased their security. What the Germans failed to realize was that their “random” one time pads were generated through an algorithm and where therefore only “pseudo-random.” Though truly random one-time pads are impossible to crack, Turing and Waterhouse were able to design a precursor to the modern computer called Colossus that could find the weakness in the one-time pads.

Turing and Waterhouse’s transformation from using frequency analysis to using formulas and computers to decipher a message marks a sudden change in cryptography history. Turing’s first computers and the use of binary to encode messages would forever change the standard methods of cryptography. No longer was cryptography power based on weak letter based codes, but rather almost unbreakably powerful number based codes that would revolutionize cryptography less than a century later with public key encryption. 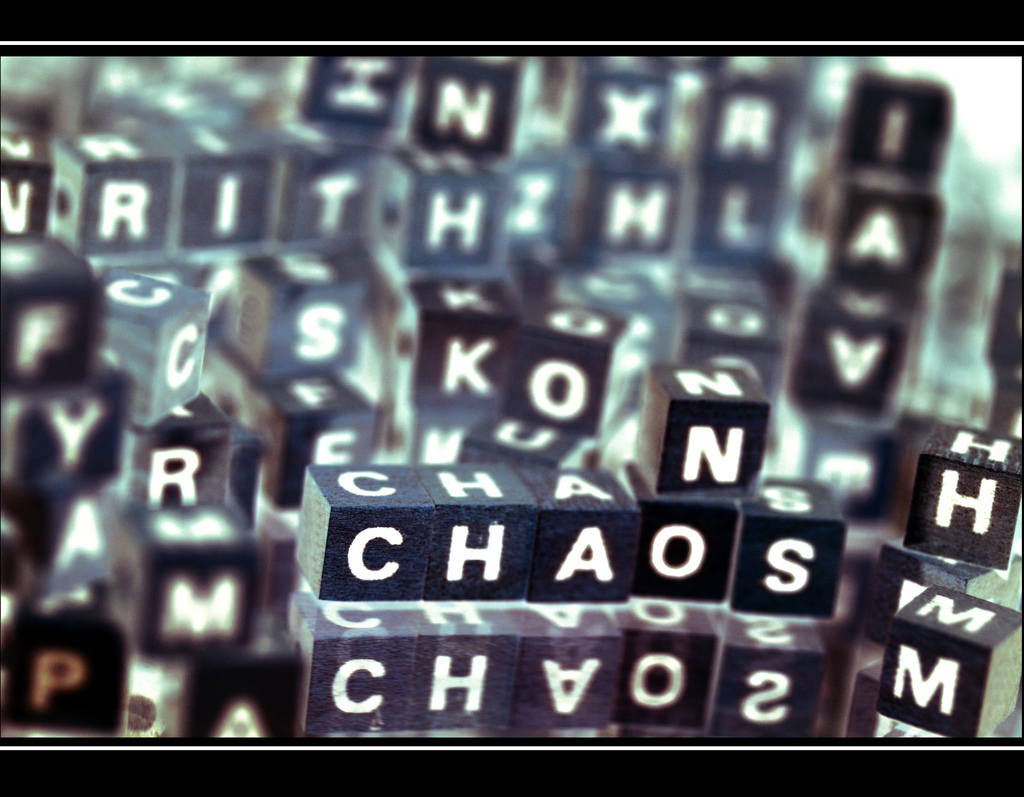 No Chaos by Daniela Hartmann

In Little Brother, the main character Marcus Yarrow repeatedly uses cryptography to spread information without the DHS’s knowledge while disguising it in the chaos of data. Though the characters are only teenagers, they certainly have moved past childish cryptography methods such as caesar ciphers or even vigenére ciphers.

To spread secret messages, the characters need an unbreakable cipher and a way to hide their communication. Instead of creating their own enciphering method, they use public keys that everyone can access. Though this seems counterintuitive, the method of using public keys is actually much safer than the best cipher someone could create on their own. Public keys have been tested and tried, while a secret key can either be discovered by a spy or cracked if weak enciphering methods are used. With public keys, you are more certain your cipher hasn’t been compromised because everyone else would be compromised too. If you try to hide your key, you have no idea as to the strength of the key because no one has ever tried to crack it yet. The “so public it’s private” double layering of information seems as though it would be easy to spot, but as Little Brother shows, the amount of data humans now have to process means it is becoming easier and easier to simply blend in with the noise.

Throughout the novel, instead of looking suspicious, the characters try to either make their patterns look as normal as possible or create so many false positives  that odd behavior becomes ordinary. This disguising of information combined with a public, computer encrypted cipher system allowed the characters to easily pass along information  without getting the attention of the DHS.

Though this seemingly contradictory approach to secrecy may seem unique to this novel, it has become the standard practice in the world today. Before and during WWII, secrecy of keys was of primary importance, but they were still either discovered or cracked. Today, the rise of computers has made it almost impossible to send messages the old way because computers can do thousands more calculations to decipher almost anything. By using tested public and private key combinations and by disguising the true message within the flood of data, as in Little Brother, messages can be easily sent and received without being compromised or even detected.