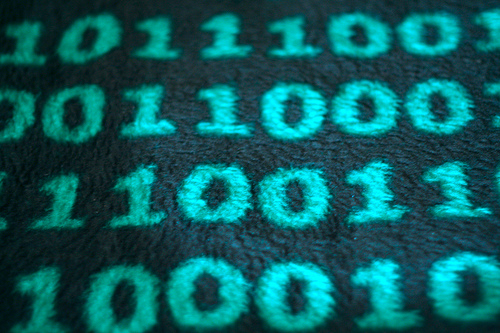 The Pursuit of Randomness

The section of Cryptonomicon that really caught my attention was the section between pages 422 and 427. This section describes the British interception of German messages from U-553. These messages are different from the previously intercepted Enigma messages. These messages are encrypted utilizing Baudot Code, a code that used thirty-two characters. The system was based off of a power of two and therefore each character had a unique binary representation that contained 5 binary digits.  As we learned in class, these digits were either 1 or 0. My blog post for our last essay dealt with the Lorenz teleprinter cipher and the Lorenz machine. These new messages that Waterhouse has discovered are in fact encrypted with the Lorenz cipher. The idea behind the Lorenz cipher was that if the paper used in communication was pre-punched with a completely random set of excess or obscuring characters, the cipher would be unbreakable. However, both the sender and receiver would have to have this paper, which is impractical in wartime. In Cryptonomicon, Waterhouse figures this out and he and Alan conclude that the obscuring characters in the cipher text could only be pseudo-random. This lack of complete randomness, and German error, lead to the British being able to crack the Lorenz cipher without ever seeing a Lorenz machine.

This section also discussed the building of Colossus, the first electronic calculator. Colossus is ultimately used to decrypt many intercepted German messages, crack the Lorenz cipher and lead to many Allied victories. The issue of the Lorenz Cipher reinforces our class lesson on binary numbers and further discusses the idea of a one-time pad and whether something is truly random and unbreakable. This example in Cryptonomicon helped me understand how difficult pure randomness is to achieve, especially in a wartime situation.