On Friday Vanderbilt’s Curb Center for Art, Enterprise, & Public Policy hosted a “boot camp,” featuring half a dozen workshops and presentations on creative practice. I attended a talk by Eric Rodenbeck, founder and creative director of Stamen Design, on the topic of data visualization. As is my practice these days, I took some sketchnotes on the talk, and I thought I would share them here on the blog: 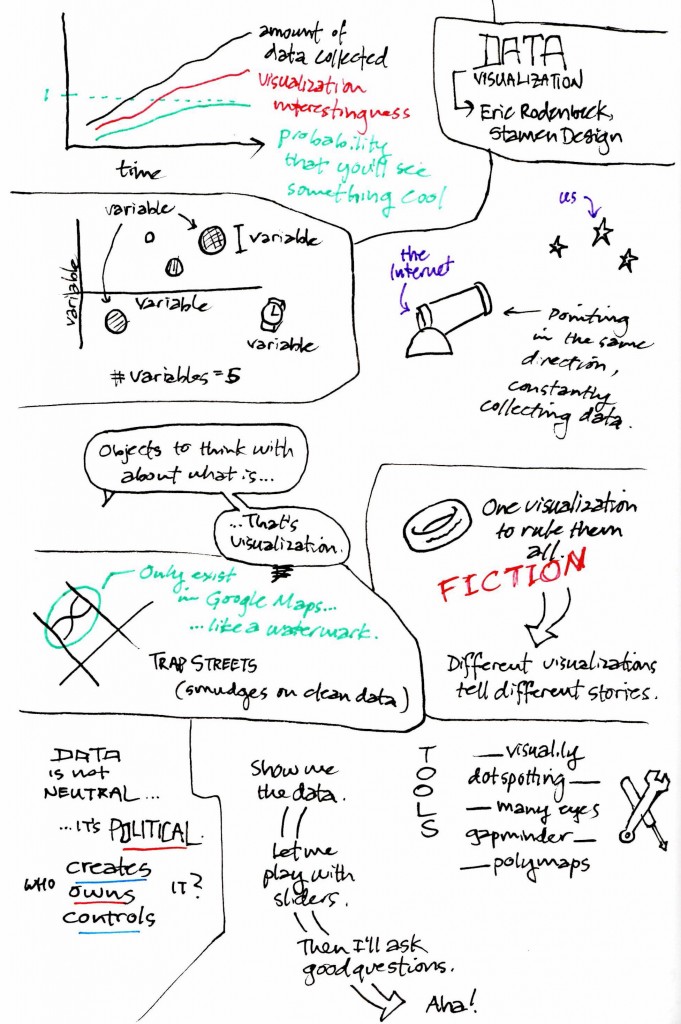 Rodenbeck showed several fascinating examples of data visualization, including a bubble chart showing transactions on the NASDAQ stock exchange and this video by Scott Manley showing all the asteroids discovered between 1980 and 2011:

Rodenbeck also made a few points that I thought were particularly interesting.

One Response to "Discovering Stories through Data Visualization (#CurbBootCamp)"