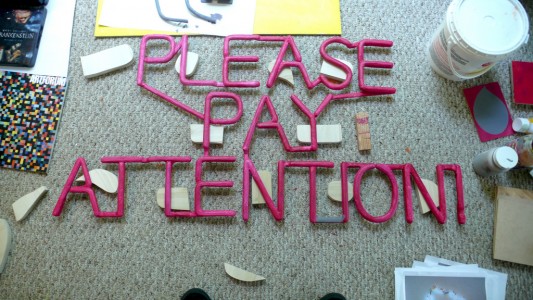 Journalist Adrienne Burke profiles Top Hat Monocle, a “bring your own device” (BYOD) classroom response system, in her article for the new website Techonomy, “‘Bring Your Own Device’ Movement Turns Classroom Disruption into Pedagogy.” It’s been a while since I test drove Top Hat Monocle, so I can’t say much about that particular BYOD system, but I appreciate the presence of both a top hat and a monocle in the group photo accompanying the article. I’ll also point out that students using their laptops and smart phones to check Facebook during class is indeed a disruption… but so was the two-inch long cockroach that scuttled around my class earlier today. May he rest in peace.

Burke interviewed me for this article a few weeks ago. Given my work with clickers and my ongoing work with faculty around mobile devices in the classroom, I had a lot to say about the idea of BYOD systems. The quotes that Burke used reflect my basic philosophy on mobile devices in the classroom, that we need to ask more of our students during class than merely taking notes if we want to keep them from wandering off to Facebook or ESPN or shoe shopping. (I’ve noticed that shoe shopping is almost always mentioned as a popular student distraction in articles about this topic.) I’ll often supplement this argument with another one, that the smart phone in my pocket has more computing power than the computers that got us to the Moon, so perhaps we can find some productive uses for these devices. BYOD response systems provide a good option for doing so. (We also have the Internet, which NASA didn’t have back in the 60s.)

That first point of mine, that students who are just taking notes during class are prone to digital distraction, has gotten some pushback from time to time. I’ve had people point out that the distractions available online are significantly more… distracting than the newspapers and crossword puzzles that caught students’ eyes in the past. How can professors compete with live sporting events available on a student’s iPad? Or the constant stream of updates from Facebook or Twitter? I’ve also had people argue that notetaking shouldn’t be something that students can do with half their brains tied behind their backs, that notetaking is an active sense-making process that should engage a student’s full attention.

I know how I’ve responded to these questions in the past, but I’m curious to know how you would respond to them. Are we as instructors competing for students’ attention with digital distractions? Do students take notes in ways that leave them with too much unused mental bandwidth… or am I off-base with that assertion?

7 Responses to "BYOD vs. Digital Distractions"