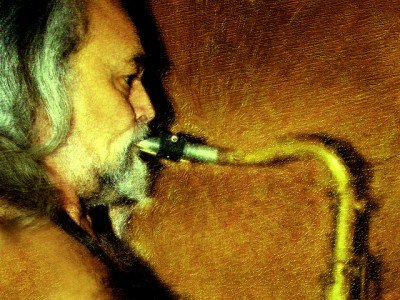 The other day, I described a couple of prediction questions I used in my stats course to create “times for telling” in our unit on probability. In this post, I’ll share two more such questions.

I picked up the following clicker question from Tami Dashley, who presented at a contributed paper session on teaching with clickers I helped organize at the 2010 Joint Mathematics Meetings:

A fair coin is tossed six times and the results are recorded in the order that they appear, using H for heads and T for tails. Which of the following outcomes is MOST LIKELY to occur?

Tami’s question is designed to help students understand the representativeness heuristic, the idea that we often (incorrectly) expect the outcomes of a random process to somehow resemble the mechanism of the process. In this case, since a coin has two sides, one heads and one tails, it’s tempting to expect an even mix of heads and tails when we flip a coin repeatedly. Thus, options 1, 2, and 4 are tempting answers for most people. However, each of options 1, 2, and 3 has a 1 in 64 chance of occurring, so option 5 is the correct answer. (See Tami’s slides for lots more on the representativeness heuristic and how to teach it.)

Most of the students (75%) answered this question correctly, which meant they learned something about the importance of order in the outcomes of random processes from the twins question earlier in the class session. That’s great, although it meant that this question didn’t have the punch as a “time for telling” question.

I went ahead and shared a couple of other contexts in which the representativeness heuristic is evident, including this Dilbert comic, which illustrates the idea that when we get the same outcome many times in a row, we expect the next outcome to be different. (I’m not sure where I saw that Dilbert comic, but I’ve been wanting to use it in my teaching for years now!) I also shared my advice for playing the lottery: Pick numbers like 1-2-3-4-5 since (a) it’s just as likely to win as any other sequence and (b) if it does win, you’re less likely to have to share the winnings with someone else since most people don’t believe (a) because of the representativeness heuristic.

Although the clicker question didn’t create the same kind of time for telling as the ones earlier in the day did, I think the additional examples helped convey the idea that probability is often non-intuitive, reinforcing the theme for the day that we need mathematical tools to help us work with probability.

Bill is 34 years old. He is intelligent, but unimaginative, compulsive, and generally lifeless. In school, he was strong in mathematics but weak in social studies and English. Rank the following statements in order of decreasing likelihood.

I asked students to write down their rankings, and once they had done so, I asked this clicker question:

Which of the following is true for your ranking?  (Here, > means “is more likely than.”)

This question illustrates the conjunction fallacy. Many people, including nearly half of my students, rank G (Bill is an accountant who plays jazz) as more likely than D (Bill plays jazz), even though event D includes event G. The more general outcome is more likely, but many people identify the more specific outcome as more likely, in part because it seems more descriptive or more useful. Listen to this interview with Nobel-Prize-winning economist and psychologist Daniel Kahneman, who identified the conjunction fallacy, for more on this topic.

I didn’t think asking students the straightforward question “Is Bill more likely to be an accountant who plays jazz for a hobby or just someone who plays jazz for a hobby?” would demonstrate that many people fall prey to the conjunction fallacy. That’s certainly not how Kahneman designed his experiments. The two-stage approach I ended up using seemed to work well as a classroom experiment, particularly since 47% of my students answered consistently with the conjunction fallacy. It’s an approach used by many psychology and economics instructors to demonstrate principles of human behavior in the classroom using clickers, including Bill Hill, professor emeritus of psychology at Kennesaw State University, whom I profiled in my book on clickers.

Know of any other interesting examples of classroom experiments facilitated by clickers?